Leonard Herzog (1995) Brazilian/Dutch jazz guitarist, educator and composer based in Amsterdam. Born and raised in São Paulo, Leo's fascination for music stems as far back as his earliest memories. He started playing the guitar at his school when he was a young child. In his teenage years his acquaintance to jazz sparked a passion and a pursuit.

In 2013 Leonard started studying a double major in music business & management and jazz guitar at Berklee College of Music with Mark White, David Tronzo and David Fiuczynski. He continued his Jazz guitar major in 2016 at the Conservatory of Amsterdam with dutch jazz guitar giants such as Jesse van Ruller, Martijn van Iterson, Maarten van der Grinten, Reinier Baas and Durk Hijma.
Leonard performs often in different settings with a Jazz standards, Brazilian music and/or original music repertoire.
He has an extensive network in the Amsterdam music scene and can form an ensemble for your next event, based on your preferences and budget.

Please get in touch for further details.
Leonard is an excellent communicator that enjoys the on-going process of learning and teaching music. He is experienced in teaching children and adults. Leonard is fluent in English and Portuguese and speaks sufficient dutch for conversation.

Guitar and music theory classes: 30 euros/hour.
Please get in touch for further details. 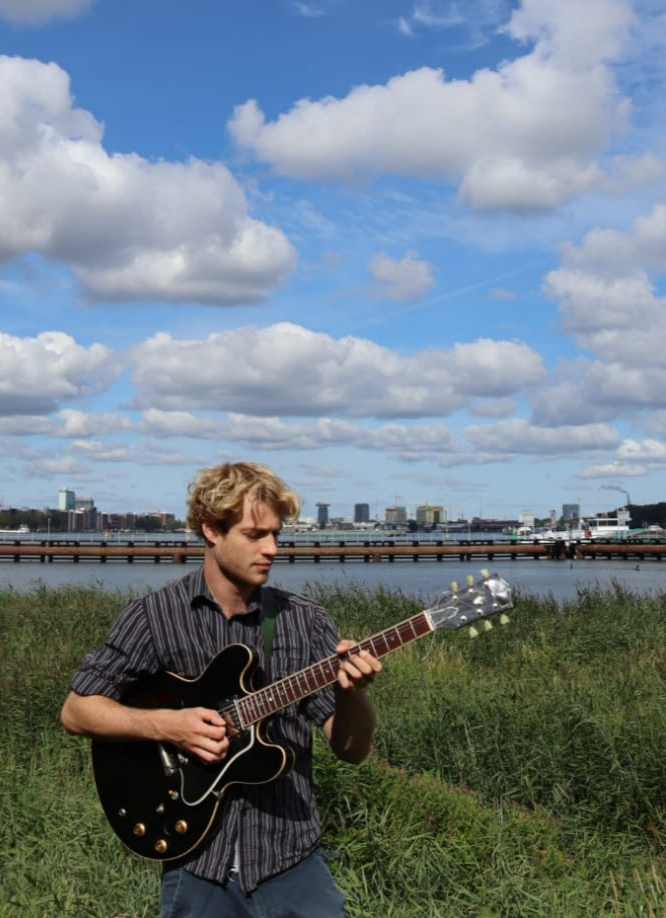 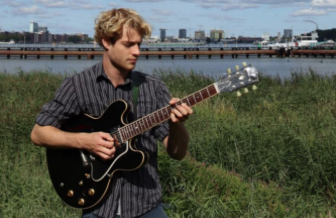 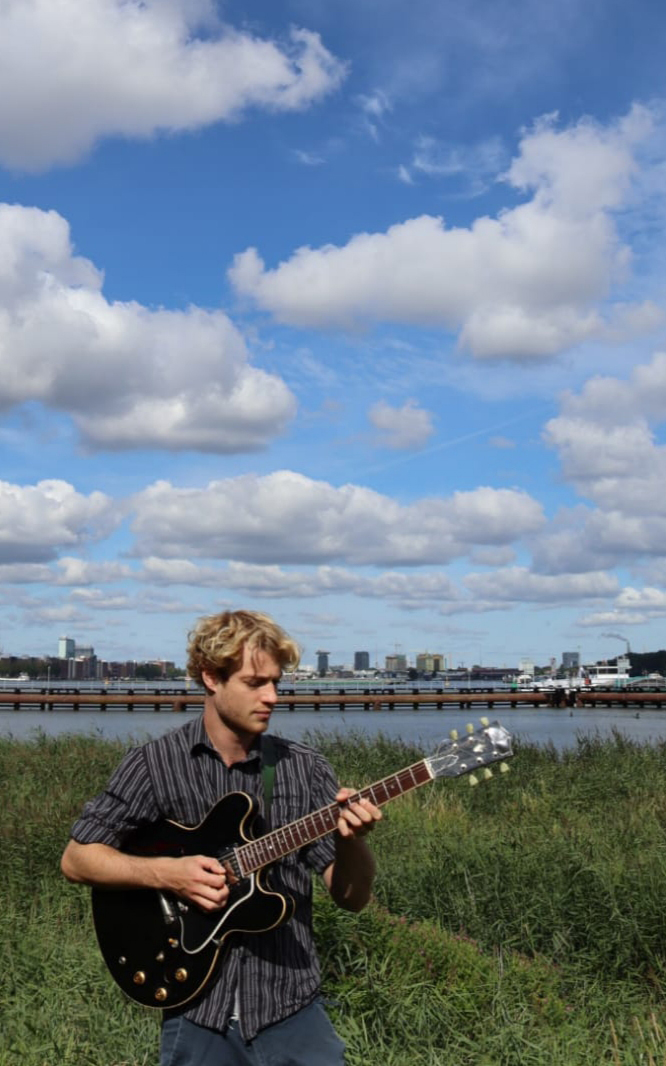 info@leonardherzog.com
Auto Reply
Thank you for your email. I will get back to you as soon as possible.